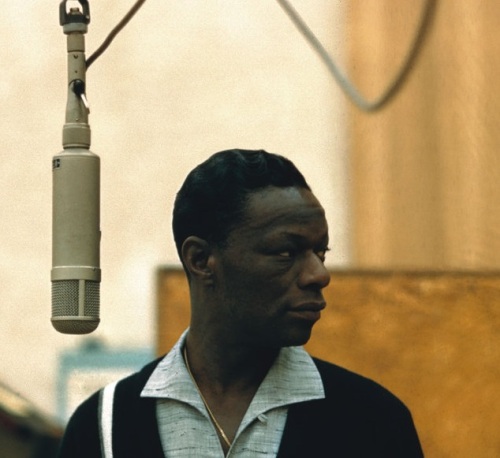 A perfect song is timeless. A perfect song is a song that spans years and generations, and will be free of style and instrumentation that identify it with a certain stylistic period. A perfect song may avoid the heavy synthesizers of the 1980’s, the lush orchestration behind a disco beat of the 1970’s, or the organ driven pop of the 1960’s. The greatness of a perfect song will be in the lyrics, the composition and the performance.

A perfect song is preserved in a moment in time. Hearing the song brings us to a time in our lives, an experience that will be filled with joy, or sorrow over a memory, no matter how fleeting. We will recall significant moments when a great song comes on the radio. There may even be a taste in our mouths, or a smell in the air.

I was not yet alive when Nat King Cole released “When I Fall in Love” in 1957. I don’t even know the first time I heard the song, but every time I hear it, it brings me to a very specific place, and it elicits very specific emotions.

“When I fall in love,
It will be forever.”

There is no chorus in the song, and there is no bridge. There are only three stanzas and 97 words in the entire song. Only a few of the words even rhyme.

The greatness of the song is not so much in its lyrics, but rather in its production and delivery. Nat King Cole was not the first artist to record this song, and he is far from the last. But, his version is arguably the best. His phrasing is at once gentle and confident. His vibrato seems to last forever, until the strings take over the song. Every version of this song that has been released since it was recorded by Cole has been unfairly compared to this sublime recording. It is lush and rich. There is no percussion, only a string section with a bass and a simple acoustic guitar playing gentle staccato chords to keep time with a beautiful harp playing arpeggios, softly accenting every key phrase.

In fact, the instrumentation is so perfect that almost all versions of this song that have been released since 1957 sound similar. Synthesizers are not added, big drum kits are not used. Why mess with perfection?

Nothing in this song connects it to 1957. What made song great then makes it still great in 2017. “When I Fall in Love” is a one perfect song.

“When I Fall in Love”
Written by Victor Young and Edward Heyman
Recorded by Nat King Cole
Released April, 1957